Ice and Fire: the mystery of Severus' Hill

The first time I can remember seeing it, just a little north of York station, was from the window of a train to Durham. York is such a flat place that anything topographical stands out, but this was an even more prominent feature: a solitary hill topped by a giant, white, multi-legged structure. Surely an alien mothership, ready to rocket off into space at a moment's notice?


Only later, having moved to the next suburb along, did I begin to investigate the structure further. With a baby who needs to be taken out for regular, long walks, I found myself pushing a pram up surprisingly steep slopes. The mysterious tower loomed into view from various directions. 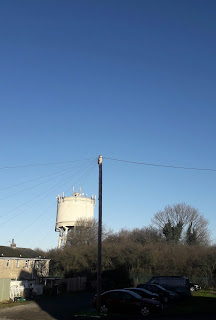 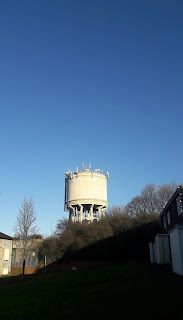 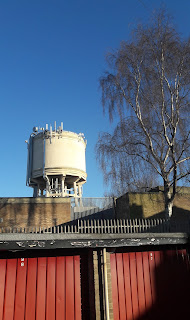 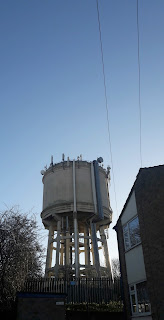 The nondescript streets aren't exactly a York tourist hotspot, so I hardly saw another soul as I perambulated. However, when I finally found the (locked) entrance, I was amused to discover what the structure really was: a water tower, and that its name was decidedly historic: Severus. I learned later that Severus was an old water tower, built in 1914 to replace a mid-19th Century reservoir and possibly the oldest reinforced concrete water tower in Great Britain.

This was all very interesting, but there were now two significant questions - one of etymology, one of topography - that remained. Or, more precisely perhaps, morained. Was the water tower hill really built by a Roman emperor, or was it landscaped by ice?

As the text on the 18th Century image above shows, these Yorkist hills* between Holgate and Acomb have often been interpreted as (Ro)man-made. One 19th Century author stated that "there is no doubt these hills were artificially formed", whilst more specific claims have them as the site of Septimius Severus' funeral pyre.

The noted early York archaeologist Charles Wellbeloved disagreed, however. Whilst acknowledging their possible link to Severus, Wellbeloved argued in his Eburacum book of 1842 that the hills were "clearly natural [and] formed by a far mightier power than the Roman legions."

Being an Anglican divine, Wellbeloved was perhaps thinking of God rather than glaciers, although as a founder member of the Yorkshire Philosophical Society, he was well-exposed to the latest scientific thinking. In the subsequent 160-odd years of research, no archaeological evidence of Roman funeral pyres has turned up, but geological studies have found plenty of data to support a glacial origin. The hills might have been singed briefly by a flammable Roman emperor, but ultimately they belong to the York Moraine Member and its Sandy Gravelly Clay**.


Less romantic, perhaps, and certainly less euphonic, but just as fascinating: the water tower sits on a bumpy ridge of sediment dumped across the Vale of York about 12,000 years ago, by a huge, retreating glacier.

And anyway, one of the chief proponents of the glacial explanation still likes to call the hill 'Severs Howe', just in case.


*Alongside Severus Hill is Howe Hill. As howe is derived from haugr, a Norse word for hill, the name is probably tautological (unless the howe really is an anthropogenic burial mound, in which case it might be acceptable).

**This beautiful geological map, produced by William Fairburn in 2014 as part of his Ph.D. thesis, shows the distribution of the different Ice Age deposits around York, placing Severus Hill in its glacial context. 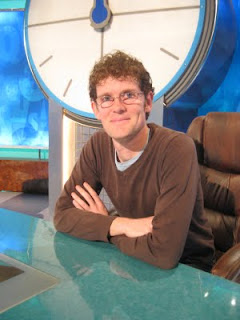 Behind the scenes at Countdown, part 1

Looking at the rules and regulations of the contestant agreement I signed, writing this blog is quite probably illegal.  Indeed, even mentioning the agreement probably terminates my rights to the Countdown teapot I won, but I will fight tooth and nail to keep it.  More than anything, I need a pot for brewing tea in.


So, yes, Countdown.  A British televisual institution.  The first programme broadcast on Channel 4 on the day it launched in 1982.  The legendary stomping ground of Richard Whiteley and Carol Vorderman.

Being that the only two things I've ever been reasonably, consistently good at are spelling and mental arithmetic, it is pretty much my perfect game show.  I watched it as a schoolboy and as a student, and occasionally thought about applying to be on it.  One of my housemates in Liverpool even got me an application form, but I never sent it off.

And then years passed, and I never watched it, because I wasn't at home of an afternoon, or even living in the right time … 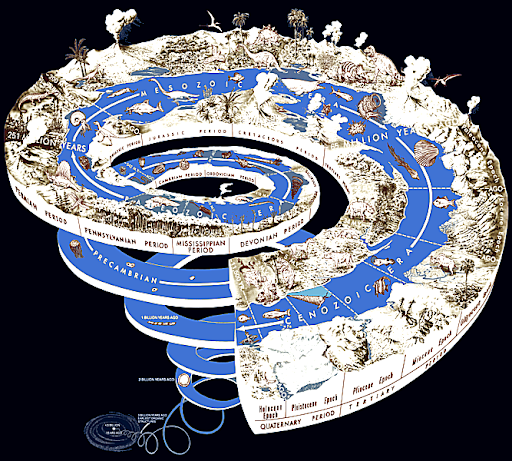 The periods of geological time, from oldest to youngest, are as follows:

Students (and, indeed, many qualified geologists) have great difficulty remembering the correct order, so mnemonics are required. The best I can come up with that includes every period is:

Eating Crisps On Sunday Doubles Calorie Points, Though Juice Can Prove Nutritious.
[Add 'Quentin' to the end of either if you wish to remember the Quaternary.]

If you need only to remember the Palaeozoic periods, I suggest:

And, excluding the Ediacaran, and sticking only to Phanerozoic periods, I have a more provocative proposition:

Clearly Only Some Dimwit Could Possibly Think Jesus …